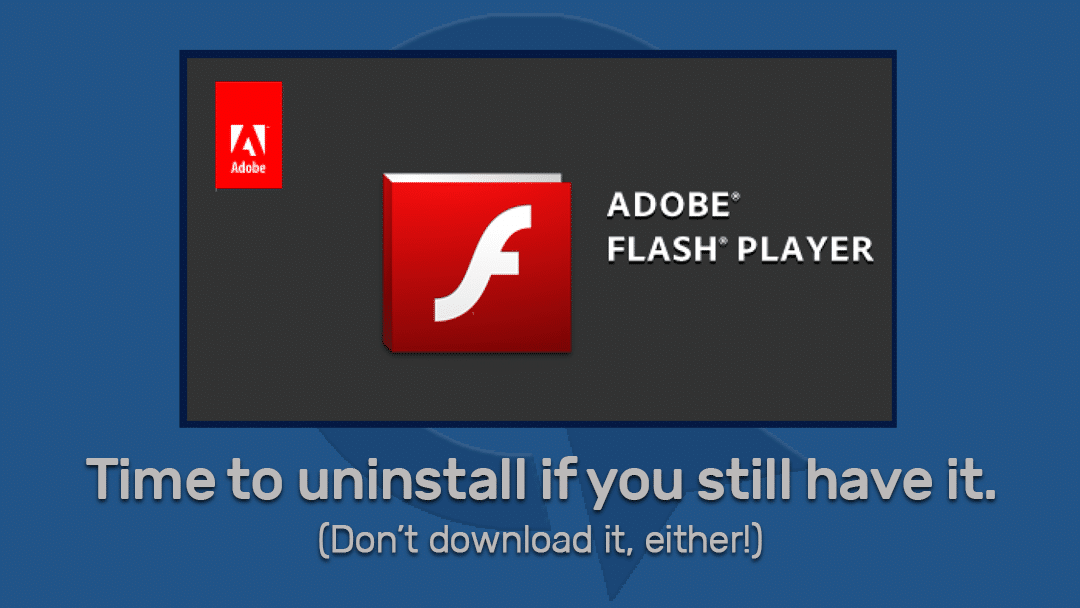 Flash, the software that originally powered online videos, gaming, and other dynamic content on websites, will be retired by Adobe this December.

“Few technologies have yielded such divisive and widespread passion as Flash,” writes Ars Technica in a look back over the software’s history. “Many gush over its versatility and ease of use as a creative platform or its critical role in the rise of web video.

“Others abhor Flash-based advertising and Web design, or they despise the resource-intensiveness of the Flash Player plugin in its later years.”

Adobe is asking users to uninstall the Flash player from browsers – if the browser allowed installation. Often, the Flash player is typically flagged as a security risk by modern browsers, and users must actively override the warning.

The player has had multiple vulnerabilities that cybercriminals can exploit to install malware on systems.

Still, we know there are websites out there still requesting that viewers download the Adobe Flash Player. (Don’t!)

Flash lost a lot of its mojo when Steve Jobs, the co-founder, and CEO of Apple, criticized Flash in an “Open Letter” written in April 2010. Jobs criticized the software for its power consumption, instability, “abysmal” security, poor performance on mobile, and other reasons.

The letter touched off a firestorm, but developers – and Adobe – eventually realized Jobs was right.  HTML5 became the standard for playing online videos and audio and experiencing other dynamic content, such as drag and drop layouts.

HTML5 is similar to Java in that respect, but also needs additional software – JavaScript or CSS3 – to do the same things as Flash. However, HTML5 does not have the level of security vulnerabilities that Flash has.

Adobe announced the end of Flash in 2017.