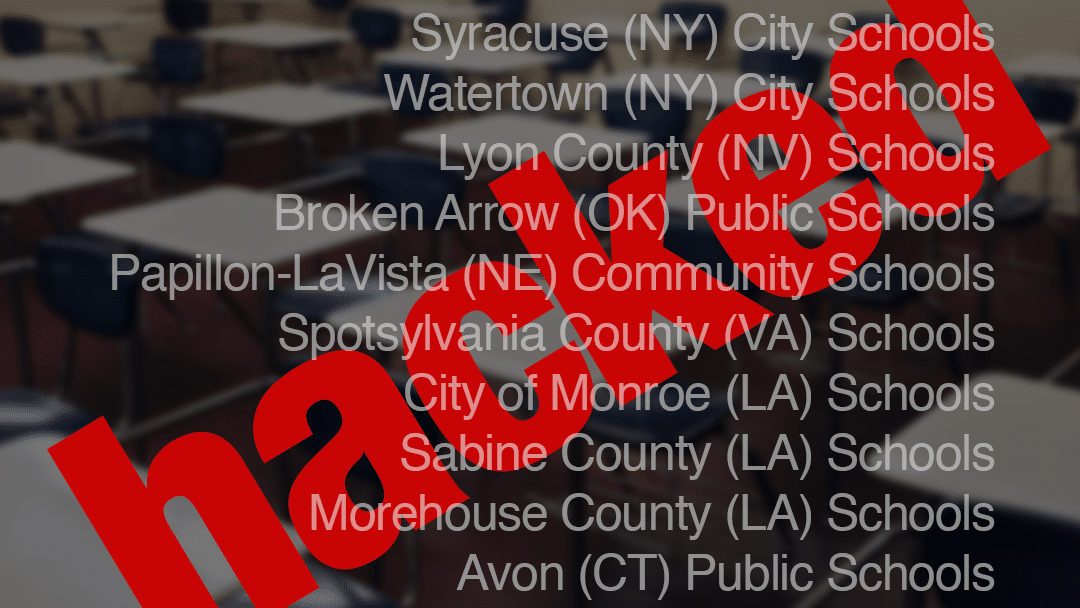 The list of school districts hit with cyber attacks in recent weeks continues to grow.
Some had money stolen through a phishing email. Some had their systems shut down by ransomware.

Another system, the Avon Public School system in Connecticut, suffered repeated attacks, sometimes multiple times in one day, during a six-week period, Campus Safety Magazine reported. The attacks halted school for one day.

In Alabama, the county school system near Dothan has delayed the start of school twice so far due to a cyber attack. The attack shut down the system’s computer and telecommunications networks but school officials have declined to say whether ransomware is involved.

Some districts are able to recover, thanks to segregated computer systems and robust backups. Some will take longer, the attacks being more of a surprise.

In Louisiana, Gov. John Bel Edwards declared a state of emergency after three systems suffered cyber attacks and a fourth found unspecified “activity” on its networks. Other districts across the state are taking their networks offline. and implementing a six-phase “Critical IT Task List” of tasks and port checks.

The New York Times warned that school systems may be low-hanging fruit for hackers.

“Nearly two-thirds of school districts in the United States serve fewer than 2,500 students, and many do not have a staff member dedicated solely to cybersecurity,” the article said. Quoting another expert, the article also noted that “schools may put themselves at risk by having the same mentality that is pervasive in the business sector: ‘It won’t happen to us.’”