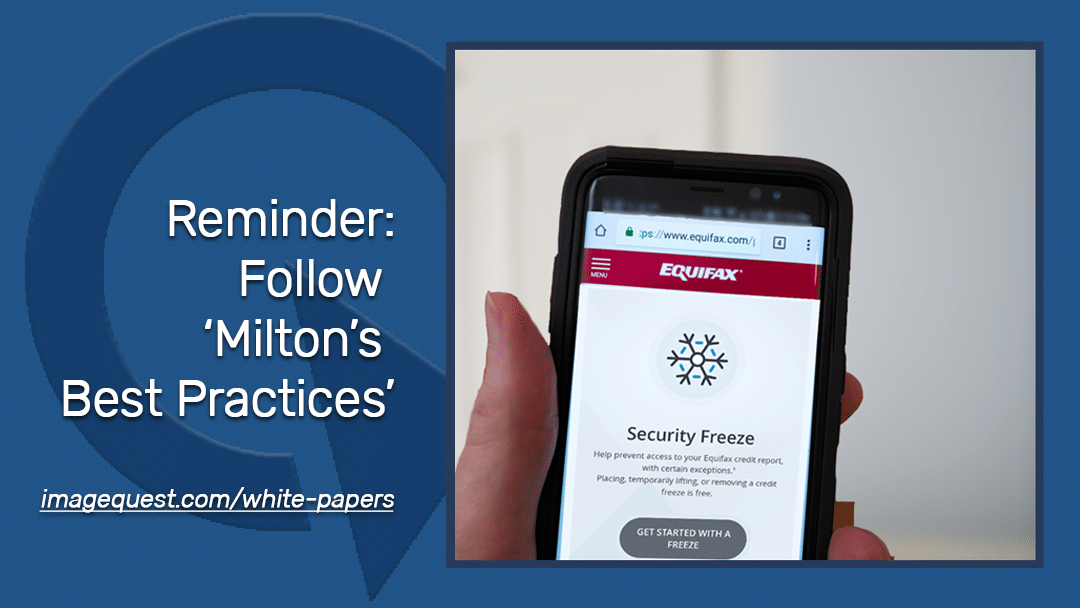 The U.S. Justice Department’s indictment of four members of China’s military for the historic Equifax breach should serve as a reminder: Do all you can to protect your personal information.

The FBI, in reporting the indictments yesterday, said it’s found no evidence to date that that Chinese sold the data or “used” it to date. However, CNBC said that is no reason for Americans to become complacent regarding their data.

The 2017 breach exposed the personal data of 147 million consumers.Hackers were able to get access to a multitude of consumers’ private information, including names, Social Security numbers, dates of birth, credit card numbers and even driver’s license numbers.

A cybersecurity expert told CNBC he thinks the Chinese will hoard the information for years, until the Equifax breach is forgotten. He also speculated the information will be used to recruit spies and for other military purposes.

Our CEO, Milton Bartley, has advice on how to protect yourself against hackers, whether Chinese or not, in a white paper we update from time to time. The 2020 version of “Milton’s Best Practices” is posted here, and we encourage you to read it and follow its tips.

The Equifax breach, while stunning in 2017, was the vanguard for other sizeable breaches in recent years. And experts expect the attacks to continue.

There is no better time than now to safeguard your information!