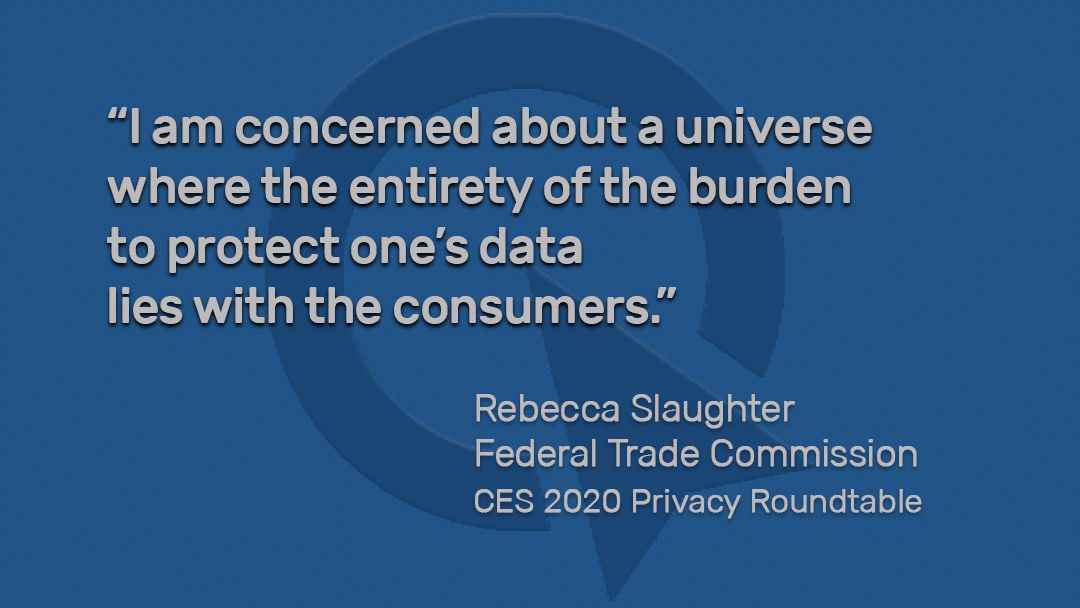 The Privacy Roundtable marked the first time since 1992 that an Apple executive has attended CES. Apple has been touting its privacy policies while Facebook has been criticized for selling user data.

Both Horvath and Egan said their companies include privacy when designing products and services. Apple’s Horvath noted that Apple limits data storage, such as facial recognition, to the device, rather than Apple servers.

(Apple does collect data when people talk to its Siri service, to improve its artificial intelligence service.)

But that drew fire from the FTC commissioner, since research shows people tend to not change default settings, including settings to make accounts more private.

“I am concerned about a universe where the entirety of the burden to protect one’s data lies with the consumers,” Slaughter said. “Even if consumers can walk through a privacy checkup, the amount of information that you have to process to figure out what is happening with your data is untenable for most consumers.”

The FTC Commissioner added: “I’m a relatively well-educated person who specializes in privacy, and I can’t possibly figure out all the things that are being done with all of my data across different services.”

The Privacy Roundtable was a hot topic at CES, according to CNET.

“About 470 people crowded into a room that normally seats 450, while 100 more were redirected to a different room where they could watch the proceedings on video,” CNET wrote.

A video of the panel discussion may be available later here.