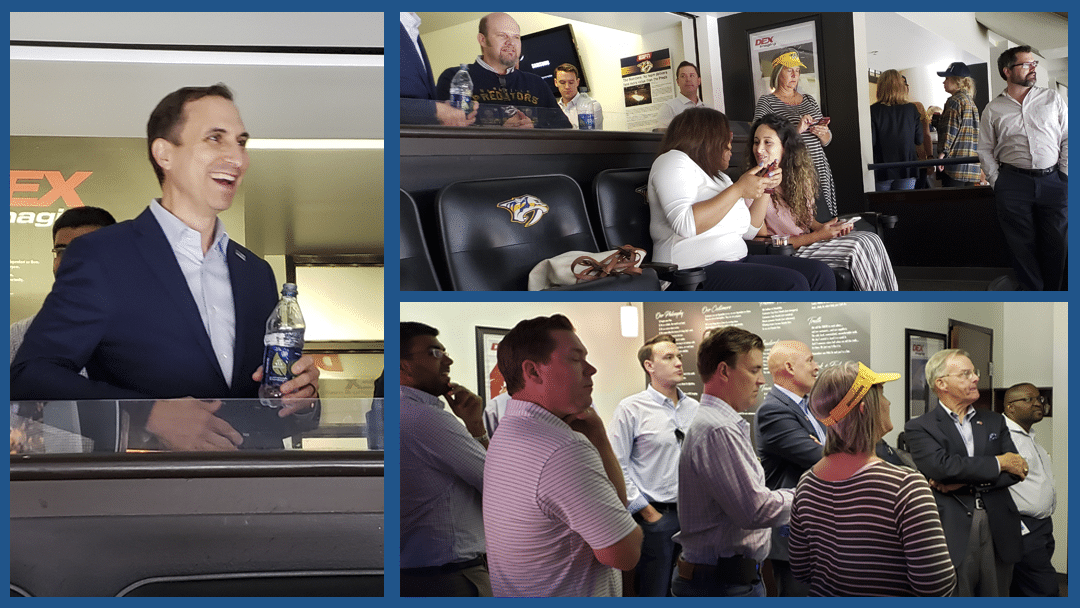 Tickets to a pre-season Nashville Predators game was a highlight of an event hosted Monday afternoon by ImageQuest, Dex Imaging and Kofax.

Participants heard brief talks about how they can improve their information security measures then attended an NHL pre-season game between the Predators and the Florida Panthers.

Networking and discussions continued in the Dex Imaging box at Bridgestone Arena, which offered great seats for the game.

And during ice resurfacing moments, the Monday Night Football game between the Cleveland Browns and the New York Jets was also available.

Thank you to all those joined us! 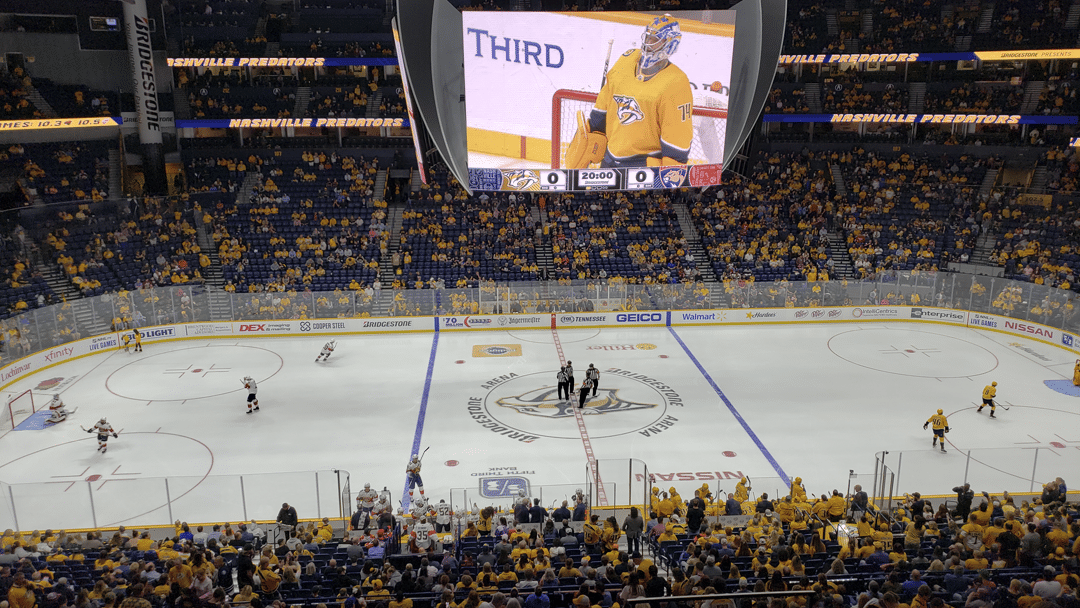