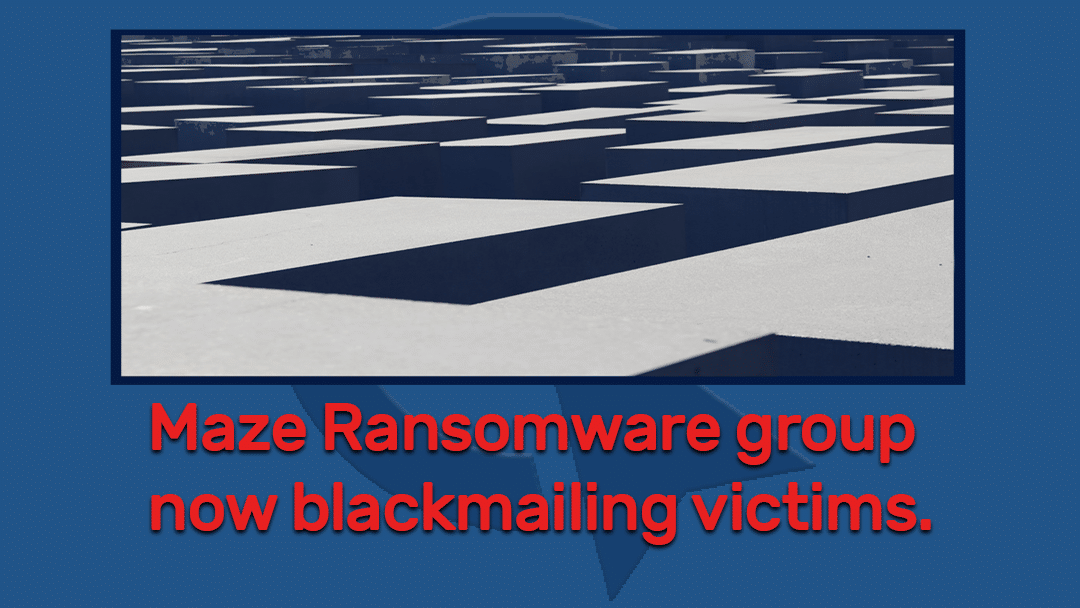 The hackers behind Maze ransomware are really something.

They are currently in the news for blackmailing victims that refuse to pay their ransom demands. They have released a list of victim names and sample files locked up by their ransomware.

Maze Ransomware also hit the city of Pensacola, Fla., Dec. 7, a day after a deadly shooting incident at the Naval Air Station there. The hackers demanded the city pay $1 million to unlock its files, but so far, Pensacola has declined to pay.

The shooting coinciding with their ransomware attack apparently upset the hackers, prompting them to reach out to BleepingComputer.com to deny any connection to the shooting incident.

In a statement emailed to the publication, the hackers also claimed that:
*They avoid attacking emergency services and other “socially significant” services such as 911.

*They also said they believe medical care centers and other “socially vital objects” shouldn’t be hacked.

“We don’t attack hospitals, cancer centers, maternity hospitals and other socially vital objects, up to the point that if someone uses our software to block the latter, we will provide a decrypt for free,” BleepingComputer.com quoted the hackers as saying.

How nice to know there are hackers pursuing a moral high ground – even as they engage in blackmail.