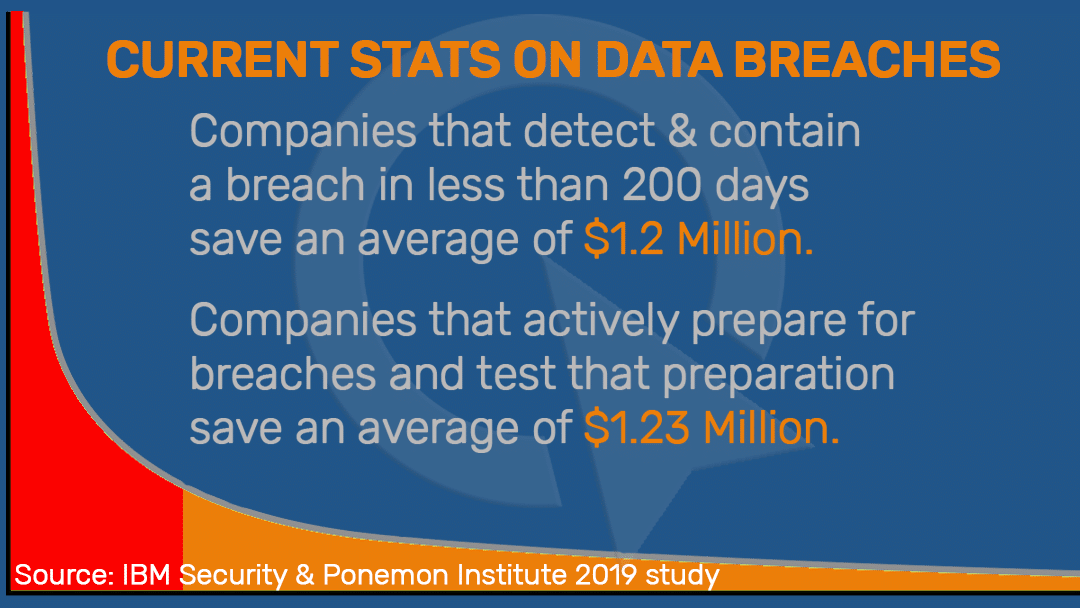 A new study by IBM and the Ponemon Institute shows the costs of data breaches continue to rise, in part because of increased regulation and “the complex process of resolving criminal attacks.”

The study found breaches hit small and midsize businesses rather hard, with the average loss due to a breach costing more than $2.5 million on average. Healthcare breaches were the most expensive, and U.S. breaches cost twice as much as breaches elsewhere in the world.

However, companies that had both prepared for a breach and tested their plans saved themselves $1.23 million in breach costs. In addition, companies able to detect and contain a breach in less than 200 days saved $1.2 million in recovery costs.

The most common reason for a breach was a “malicious cyberattack,” the study said – compared to an inadvertent release or insider.

We charge a lot less than $1.23 million to help organizations plan their responses to a data breach. Contact us today to learn more about our Security Incident Response Plan services.