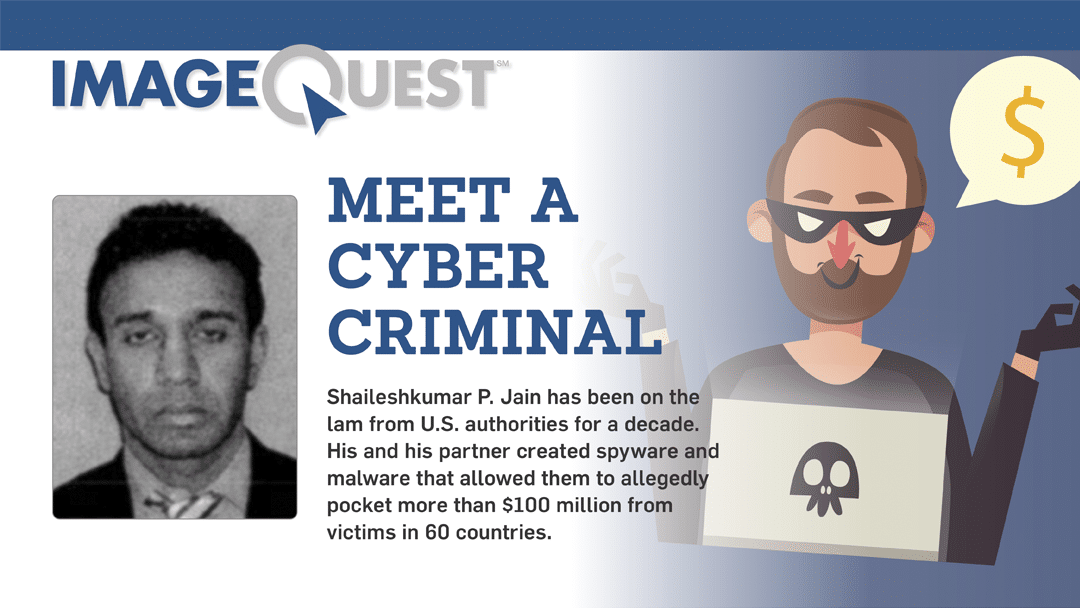 Remember “scareware”? Those flashing, annoying pop-ups that looked like Windows security alerts, suggesting you had a virus on your computer? They were scams.

If you clicked on it, you were directed to purchase and download fake security software called ‘Winfixer’ or ‘AntiVirus 2008’ or ‘VirusRemover 2008.’ They were malware or spyware, and sometimes damaged your system.

The FBI says the people behind this scam (p3) are still on the lam a decade later.

One of them, Shaileshkumar “Sam” P. Jain, is a U.S. Citizen and graduate of Penn State. He and his partner, a Swede named Bjorn Daniel Sundin, pocketed profits of more than $100 million from victims in 60 countries, authorities said.

A 2011 Wired article suggests they may have been the original masterminds of social engineering, as much of their scams succeeded through getting people to hand over their money willingly.

The article also notes that some of their employees included working for Jain and Sundlin on their resumes – and later were hired by Microsoft and Barclays.

The FBI is offering a $20,000 reward for information on the specific whereabouts of Jain and Sundlin. The FBI says Jain could be in Ukraine, Canada, India, or Brazil.

Sundlin is thought to be back in Sweden.