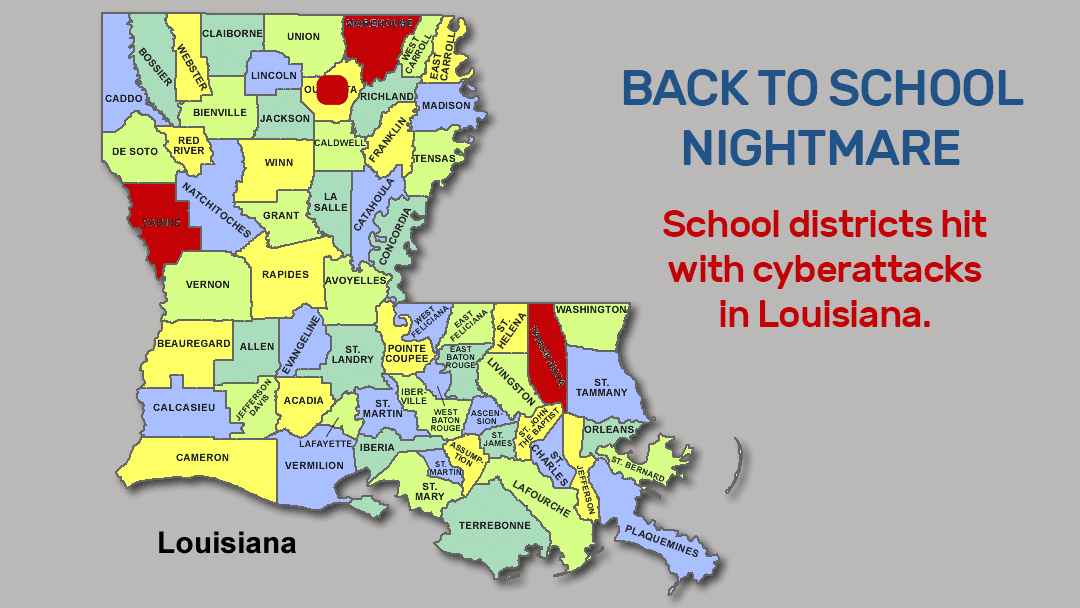 Louisiana Gov. John Bel Edwards declared a state of emergency last week after three school districts’ IT systems were locked up by ransomware. A fourth district reported experiencing unspecified “activity” this week and shut down its phone lines and email, the Advocate of Baton Rouge reported.

IT systems were completely locked up by ransomware last week in Sabine and Morehouse County districts, and in the City of Monroe district in Ouachita county. The fourth district, with the “activity,” is Tangipahoa County.

ZDNet reports the declaration activates assistance from cybersecurity experts in the Louisiana National Guard, Louisiana State Police, the Office of Technology Services, the Governor’s Office of Homeland Security and Emergency Preparedness (GOHSEP), and others.

Edwards established a Cybersecurity Commission in 2017 to assemble and coordinate response teams in the event of a cyber-attack. He said he was prompted to do so by that year’s ransomware outbreaks – including WannaCry, NotPetya, and Bad Rabbit.

Students in Louisiana go back to school next week. State officials hope the emergency declaration will speed up recovery – and prevent further attacks.