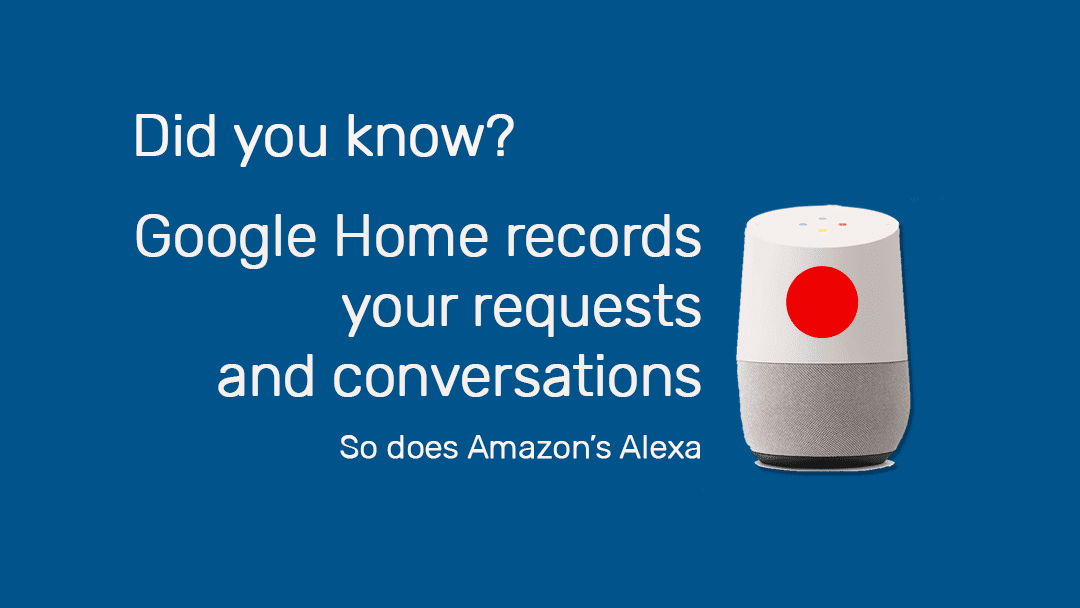 Google Home is recording you.

Belgian public broadcaster VRT News posted a 12-minute video report on its site (with English subtitles) showing how Google Home is recording requests and other comments made in its presence. The story said Google Home records the comments for transcription by outside contractors and provided samples of the comments recorded. The story says the recordings are assigned a code instead of the person’s information, but identities can be determined in a number of the recordings.

At about six minutes in, the video shows a surprised man saying yes, that was him asking for directions.

The story also raises questions on whether the recording and transcribing process complies with the European Union’s General Data Protection Regulations (GDPR.)

Google has responded that the recordings and the transcription are part of an effort to make the virtual assistant work better – in any language.

Tech Crunch says Google is now going after the contractor who leaked the recordings to the Belgian broadcaster.

“We just learned that one of these language reviewers has violated our data security policies by leaking confidential Dutch audio data,” the story quotes David Monsees, product manager for Search at Google, as writing in a blog post. “Our Security and Privacy Response teams have been activated on this issue, are investigating, and we will take action.”